The ground is covered in white. The trees are covered in white. Our driveway is surrounded by mountains of white. And even inside our walls are still primed white, except for the one blackboard wall in the boys' room. 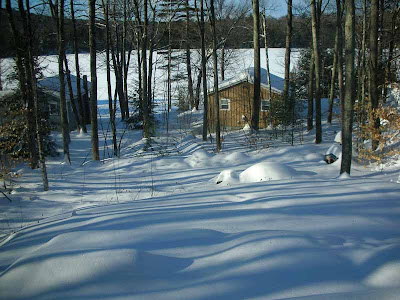 This picture, taken from our back window, does not really tell the tale, because there's no frame of reference. It's just another snowy scene in New England. But move to the front of the house and see the snow stored the either side of our cars, and it tells a different story. And all of this has hit in about a month. 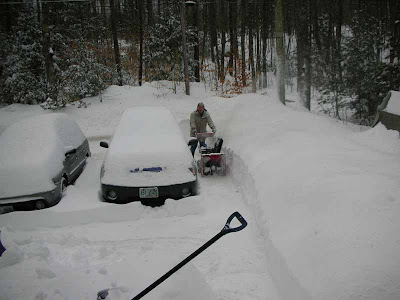 We're actually lucky. Further south, the Eastern states have gotten much more snow. To the west there are areas that rarely get snow that have been hit hard, and they're not prepared for it. And of course Australia has had to deal with cyclones, and the Middle East with civil unrest, so things here in New Hampshire are by comparison quite calm.

Still, I could stand a little less white. It's even in my hair, and I don't mean the white—well, gray in my case—of old age. I'm talking about what accumulates in my hair when I'm blowing snow, because no matter where I'm standing, it seems to be downwind of the discharge chute. 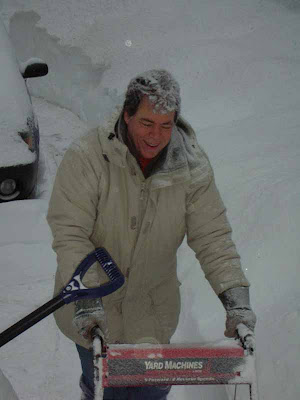 Another storm is heading our way tonight, which will either be a fairly large snowstorm, or an insignificant wintry mix. The weather prognosticators can't make up their minds. My feeling is that I will be out tomorrow, before we try to go off anywhere, fighting with both shovel and snowblower.

And thinking of spring.
Posted by Gordon Brooks at 1:39 PM No comments: