Karen and I have been shopping for a car. Not a new car, because we don't have that much money, and we don't want to take on car payments. But we put feelers out with our mechanic, who has sold us a couple of cars so far, and they have been great deals. And he's done it again.

He found us a 2004 Subaru Forester, very similar to Karen's car, but with half the mileage, and at a very good price. We were hoping for a car that would last us a couple of years, but this one could go five or six with no problem. I'll be picking it up tomorrow or Friday, when the paperwork's done. The boys are very excited, and they want to come along with me. I'll publish pictures, I promise.

So for the summer, at least, we'll be a three-car family again, and I won't have to take multiple trips into town to take Tom to work and pick him up whenever the boys have something to do, or I have theater obligations (although I don't have any of those this summer, except for training a few people on the new light board, as I'm the only one who's ever used it in a show so far).

At the end of the summer, when Karen's car comes up for inspection, we'll have to decide if any repair costs are worth the money. If we have to go back to two cars for the school year, it's not a big deal; we've been doing it for quite some time.

But it will make the summer easier.
Posted by Gordon Brooks at 9:09 AM No comments:

I have found that keeping up two blogs for the site is just isn't working. I tend to keep up on the little updates and neglect the main blog. So I'm eliminating the quick updates blog and making the main blog do double-duty.

All of the posts will be around from the update blog; they'll just be incorporated into this blog. Which is now the only blog, until some other member of the family actually decides to do some serious blogging.

I'm not holding my breath.

Posted by Gordon Brooks at 3:49 PM No comments:

The wind is blowing hard today, and it's making everything feel much colder than it is. I think we got a little spoiled by our trip to New Jersey. On the other hand, I am able to go out to the bus with the boys in the morning wearing sandals instead of boots, so we are making progress.

The boys have a vacation coming up. We're going to spend some time getting the house—and ourselves—ready for summer. There's clean-up to do in the yard (how does all that stuff get buried under the snow?) and things to bring outside from the basement. And, of course, lots of cleaning.

But on a more fun note, there are swim lessons to sign up for, and a camping trailer to be built, and scheduling for trips and days off.

It doesn't feel like it, but summer is coming. Eventually.

Posted by Gordon Brooks at 10:22 AM No comments:

Back From a Wonderful Weekend

We all drove down to New Jersey Friday morning—including Tom!—to see Karen's family. We rented a minivan so that we would all fit (Tom chipped in some money so we could afford it).

The drive down was uneventful, and the van was comfortable, although a bit (actually very much) too decked-out for our tastes, with electric doors and a sound system rife with controls, so that it took us a long time to figure out how to use it. Made us yearn, actually, for our red-grape-colored Plymouth Voyager from when William was a baby.

On Saturday we spent several hours at Sandy Hook National Park, walking on the beach and looking at the abandoned military base there. Danny was fascinated. Karen and I got sunburned, but we sure enjoyed getting that way, walking barefoot in the sand while holding hands. Not much chance for that in New Hampshire recently!

Easter was very pleasant, with good food and great company, and a very entertaining Easter egg hunt that Thomas, Alan, and I set up for the children. Now, since the children range in age from 11 to 16, we made it quite challenging. Including some items hung high in trees. I think we had more fun that the kids did!

We arrived home early enough on Monday to eat dinner at home and get everyone to bed on time. So we are rested for our return to normal life. If you can call it that.

Posted by Gordon Brooks at 12:57 PM No comments:

Usually I check the site every morning, using my iPhone, before I put the boys on the bus. But yesterday, I had left the phone in Tom's car after a touch-up rehearsal at the theater. And so, by the time I had retrieved the phone, I had forgotten to check the site. And, of course, it was broken.

For some reason, the picture that went with the caption didn't get uploaded, although the pictures following it did (I'll reprise the picture in a few days so that you can see it). To make matters more annoying, my new blog entry broke the formatting of the site. I won't go into the technical details, but sometimes bloggers throws in a few extra commands for no readily apparent reason, and they interfere with my commands.

I should come up with some clever software solution to the problem, including something that emails me to warn me when the daily picture is too old. But then something else would come up that I didn't expect.

So I think staying in the habit of checking the site daily is a better idea.

Posted by Gordon Brooks at 7:07 AM No comments:

It may seem like an odd thing to get excited about dirt, especially for someone who, like me, does not care much for gardening. But seeing more ground than snow is welcome after such a long and cold winter. The trees are even budding.
It's still a little chilly for swimming in the lake or even boating in it, and we will still have the occasional  freezing nights, and maybe even a little bit more snow before the warm weather finally takes hold. But I can safely pack away my snow blower and put the snow shovels under the back stairs.
And it's even time to sign the boys up for swimming lessons.

Posted by Gordon Brooks at 2:42 PM No comments:

Got our Internet connection fixed, so we'll be back with new pictures of some kind by the morning. It turned out to be a bad modem, so a quick fix by our service provider. It's good to be back in the world of the connected again (and, believe me, that's about the only way that I can be considered connected).

Now I can catch up on some of the writing that I've been working on "in the cloud." I use a service called Evernote to write a lot of my songs and short stories, and I take the connection I have at home for granted. I really hit a brick wall yesterday when I needed to re-record some narration for the theater, which I had written using Evernote. I set myself up to record, went to find the copy, and then realized that I couldn't get to it.

I actually had to listen to the original and transcribe it before I could record it again. But I got it done for dress rehearsal, and it's there tonight for the opening, along with a mock radio show I did for the half hour between the time the doors open and curtain.

Speaking of which, I need to leave for the theater in about ten minutes, so good-bye for now.

Posted by Gordon Brooks at 6:41 PM No comments:

You may notice that the picture of the day is from last month. I was going to try to find a nice picture from the last few days to post last night after Danny's Scout meeting. Until out Internet went out.

It's still out. I'm writing this from the library computer while Karen and I are in town. It might be awhile before I have phone and Internet again, so you may get something of a reprise on the picture front until then.

Posted by Gordon Brooks at 10:33 AM No comments:

The pond is still completely covered with ice and snow. Here is a picture taken today: 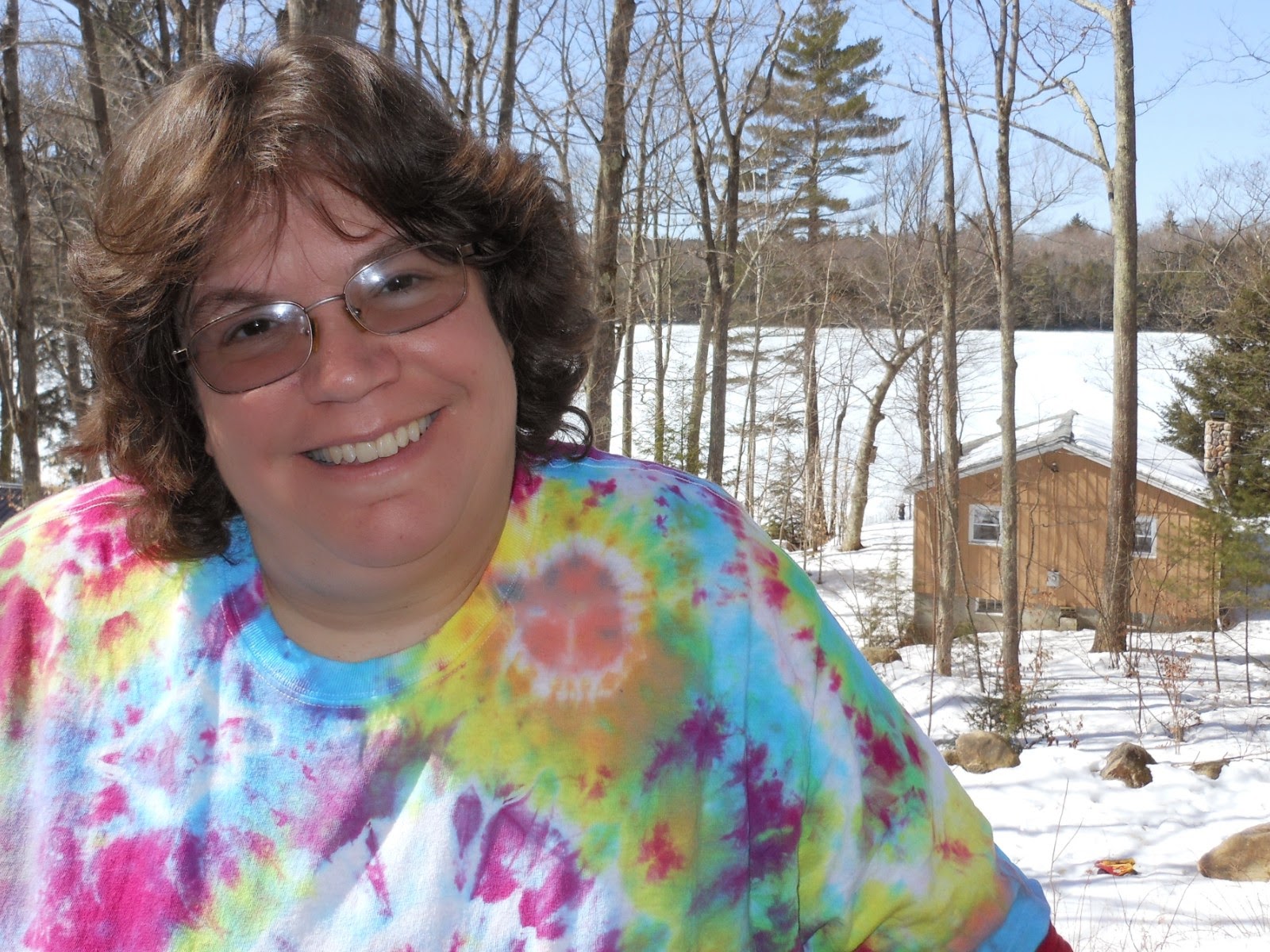 APRIL FOOLS!
No, wait, I'm wrong. This picture actually was taken today, after all. I guess the joke's on us.
Posted by Gordon Brooks at 11:34 AM No comments: